This movie is campy beyond belief. The jokes don't land, a T.rex is reduced to a pet, and defies physics. The characters aren't interesting, and sadly, Will Ferrell is one of the weakest points. F*cking hate this goddamn movie. It's a bland, boring, watered-down carbon copy of the original film, which it doesn't deserve to be compared to. The characters are dislikable, especially the kids, and don't even get me started on the villain. Militarised dinosaurs was such a moronic idea, and the only enjoyable part of the movie is the final fight. It's also really, really, overrated. 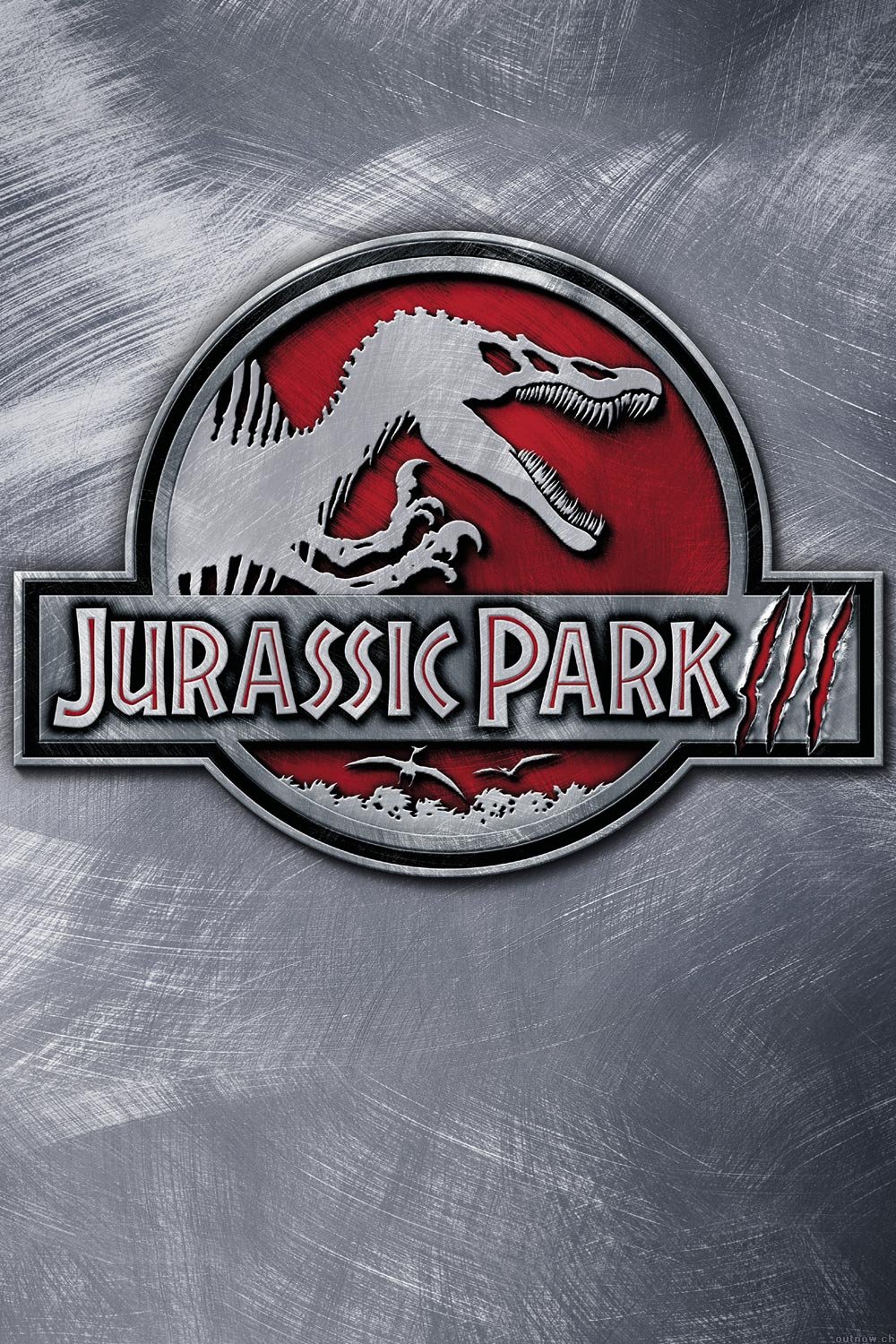 I hate this film because of a) how bad it was, and b) the impact it left. The characters are dislikable idiots *looks at Amanda Kirby*, the plot is lackluster, and it doesn't have the same sense of wonder that the first two movies maintained. And then, there's its impact. The fight between the T.rex and the Spinosaurus divided the dinosaur fanbase, and is the reason the cancerous, b!tch-ass, horrifying, despicable, stupid, Spinosaurus boss joined YouTube to spread AIDS. It really shows how they dropped the balls with this one. At least the director, Joe Johnston, would redeem himself with 2011's Captain America: The First Avenger, although Joe and Anthony Russo would outdo that film with Winter Soldier and Civil War.

Walking With Dinosaurs, or as I like to call it, Cancer: The Movie, is by far the worst dinosaur movie I've ever seen. Ever. The jokes are childish and not funny (poop jokes, really?), the characters are annoying, and the plot is damn well cliched. And sadly, it was named after one of the greatest documentaries of all time, which means that this disgusting atrocity of a product is forever linked to a masterpiece of my childhood. F*ck this movie, f*ck it.

I still like Jurassic World, but I respect your opinion.

^I don't care if you enjoy it. I'm not going to stop you.

TYRANNOS - Hahaha! Easy, my friend! You are going to give yourself an ulcer! Your opinions on these films are to be respected and considered objectively; however, you should not let your opinions cause you distress. Regardless, I wholeheartedly understand and respect the stance you have shared! :)

I enjoy all of the Jurassic Park movies and Land of the Lost but the WWD movie sucks and doesn’t deserve to have WWD in its title.

Walking With Pieces of Sh!t is a better name for that horrible product SFK.

WWDINO Have you tried playing it without the human voices?

Walking with dinosaurs was one of my favorite films!Anyways i don't really like the fact that you hate Jurassic Park 3 and i respect that you put Jurassic World on the list because it sucks,and because people say that T-Rex is stronger than I-Rex,because the I-Rex was defeated by Blue,Rexy and the Mosasaurus,Rexy needed help to kill the I-Rex.

Anyways i respect your opinion,also what are the best Dinosaur films,have you thought of that?

I swear I've replied to this before, or a similar topic of yours.

Change your topic title to "My Rant on My Worst 4 Dinosaur Movies", and you get your point across.

Here I am to counter:

Land of the Lost:  a really bad summer movie that you watch for nothing more than wanting to watch a terrible movie to laugh at.  A few good scenes here and there, a lot of messed up jokes that you can laugh at how messed up they are.

Jurassic World:  BIG COUNTER!  Jurassic World was what Jurassic Park was supposed to become.  Wouldn't you have wanted that?  This movie built upon what Crichton was talking about in the Jurassic Park novel, which is what your fave JP movie is based on, right?  Surely you've READ Jurassic Park?!  Practically ZERO characters are likeable in any Jurassic movie because character development isn't the main point of these movies (but it's done well enough to get across).  This is especially true when you look at the characters on a surface level, which I believe you did.  Sure, militarizing dinosaurs is a dumb idea.  But so is militarizing elephants and dogs, BOTH of which have been done many times throughout human history, even continuing into today (think K9 units with police forces, many of which are part of nations' militaries), and they've been met with varying degrees of success.  You know what else is a dumb idea?  Making a theme park full of very large and (sometimes) very vicious animals that went extinct a long time ago, where people can get hurt.  But you were fine with that, right?

Jurassic Park 3:  no way I'm going to say that it's actually a good movie, but it's a far better movie than it should have been.  Pre-production and production were wildly disorganized to a point that there was never a final script.  But this was still a summer action blockbuster, so why should plot be important?  Just see it so you don't have to think for an hour and a half.  Escaping reality for an hour or so does the soul some good.  Plus, no character is ever truly likeable in any Jurassic movie, hell in ANY MOVIE, if you have pre-conceived bias already.  And hey, this fan-base division was stupid to begin with, so why get involved?  It's been over for a long time.  But your AIDS and cancer comments are uncalled for.

WWD 3D:  again, your disease-based comments are legit uncalled for and unnecessary.  Sure, the dialogue is poor, but you emulating poop jokes (remember "Walking With Pieces of Sh!t"?) makes your post as bad as your opinion of the movie.  So, watch the film without dialogue, like the movie crew originally planned?  There is a version of it available, called Prehistoric Planet 3D.  And sadly, as paramount as the WWD series was, it had some stupid shortcomings (Utahraptors in Europe?  5 ton T.rex?  Ornithocheirus the size of Quetzlcoatlus?), so your comparison point is moot.  The plot is cliché because you can only get so creative in nature.  And again, very few characters are likeable in ANY MOVIE if you have preconceived notions about it.  For all the shortcoming of this film, Animal Logic actually made a new software program called RepTile as a result of combining 2 previous ones so that you get a more seamless CGI model of dinosaurs, between the skin/scales and the internal structure, instead of layering the external model over the internal one separately and trying to sync them once both models were completed.  Any software innovations should be celebrated, because it is progress.  You should be happy that such new software exists, so that an even better version can be made.  Who cares what movie is was made for?  Progress is progress.

I get how hurt you were at the time you made this post.  I know all too well the impact a film (series) can have on you, because certain peers of mine chose to interact negatively with me and my (now former) friends due to a certain film's influence on them.  It can easily have been considered bullying.  They had no reason to commit such actions, even though we were all 12 -13 years old at the time (aren't we all naive at that age?).

Hopefully, enough time has passed that your sentiments have cooled off and you have "grown a thicker skin".  I have.  I still intensely dislike that film (series), so while my opinion remains the same, I have moved on from focusing on it to the point of an irrational rant like this.

All dinosaur movies suck if you really think about it since we never existed with them.

That said, it requires forgetting about facts and just going along with it.

Before it was a movie, I was really into The Land of the Lost as a kid watching Saturday cartoons, Creature Feature and such. Land of the Lost was pretty cool as a kid! Back in the day when REAL dinosaurs dragged their tails on the ground! Honestly, there are PLENTY of Dinosaur movies worse than the ones above. I actually like JP3 more than The Lost World, but Jurassic World was OK... Fallen Kingdom could be on this list from just the pure disappointment alone, but there are dino movies worse than it... FAR worse... For example, all 3 Dinosaur Island movies... UGH... If you can even consider them movies...

JP was cool since it had a basis in science and how dinosaurs were brought back to life.

As bad as dinosaur movies can be, there is an appeal to them since they tap into our sense of wonder- a scifi thing- imo. I would rather watch a bad dinosaur movie than a decent modern drama.

I Meme Everything What would be the top 4 that you like?

Here is a Top 10. Grab some pop corn and beers and enjoy!