Rexy, Isla Nublar's queen, is the only known individual of her species. She killed Eli Mills with the help of Toasty Boi, destroyed the Indominus rex genetic sample, and was last seen breaking into a zoo and roaring at a Lion.

Triceratops was one of the dinosaurs captured. Both an adult and a juvenile were captured, as seen when Owen and Claire are in the Lockwood Manor's basement. A Trike skull killed the Indoraptor, and we saw some individuals escape the Lockwood Manor.

Like the T.rex, V.antirrhopus nublarensis only has one known individual, Blue. She was captured to serve in the creation of the Indoraptor, but this failed because she received a blood transfusion from Rexy. The Raptor killed the Indoraptor, left Owen, and was last seen standing on a cliff overlooking a town. This was another captured dinosaur, and Ken Wheatley took a tooth from one. It escaped the Lockwood Manor in its last appearance in the film.

Although we didn't see this dinosaur getting captured, it did indeed get transported to the Lockwood Mansion, as it was seen in a security camera, escaped the building, and helped kill Mills. Like the Carno, this species wasn't seen getting captured, but they did show it in the mansion. 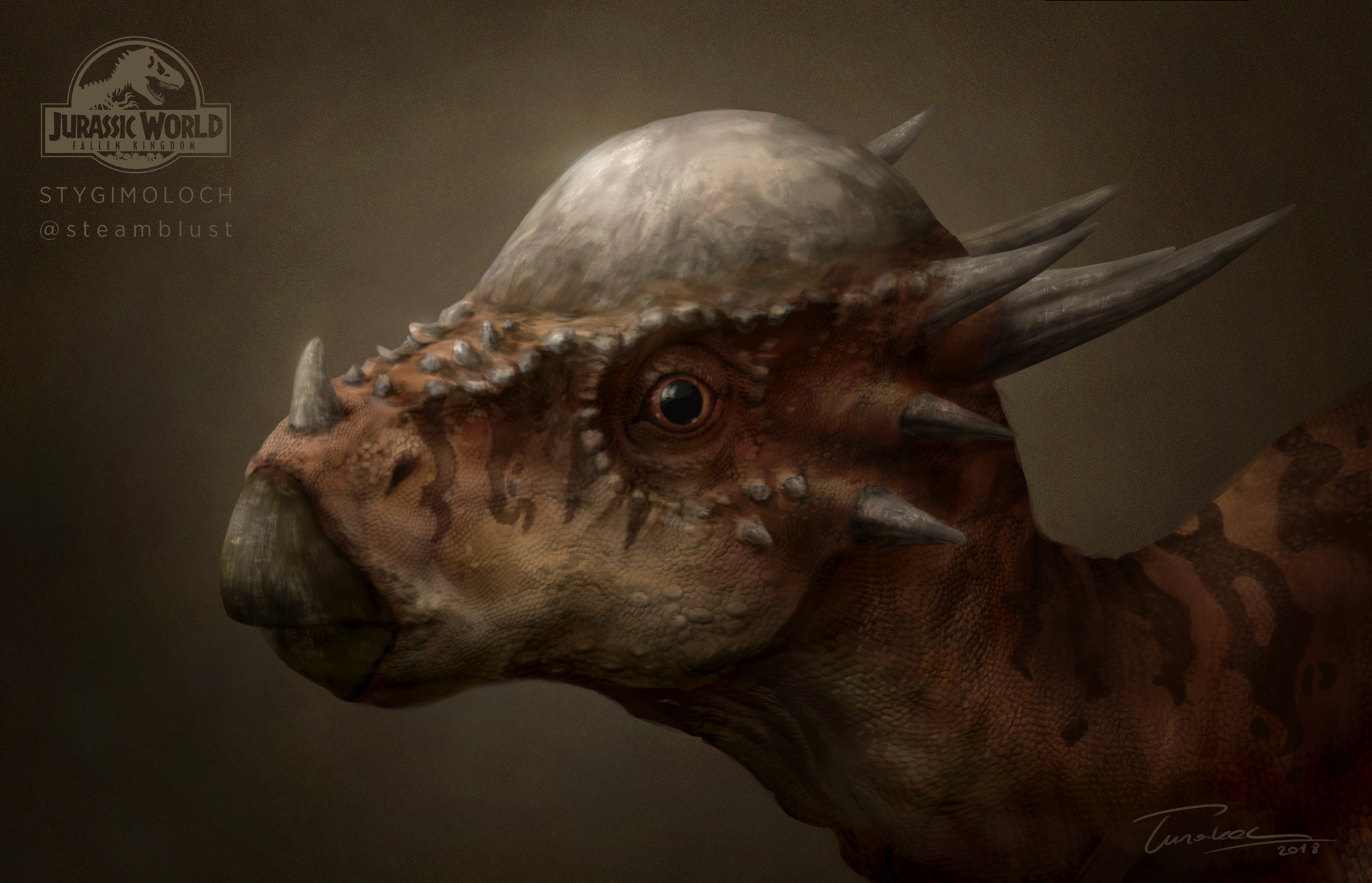 Owen released an individual named Stiggy, which stopped the auction. Stiggy didn't appear since, so she presumably escaped into the wild.

One individual killed a mercenary, and in the post-credits scene, we learned that they were nesting in Las Vegas. 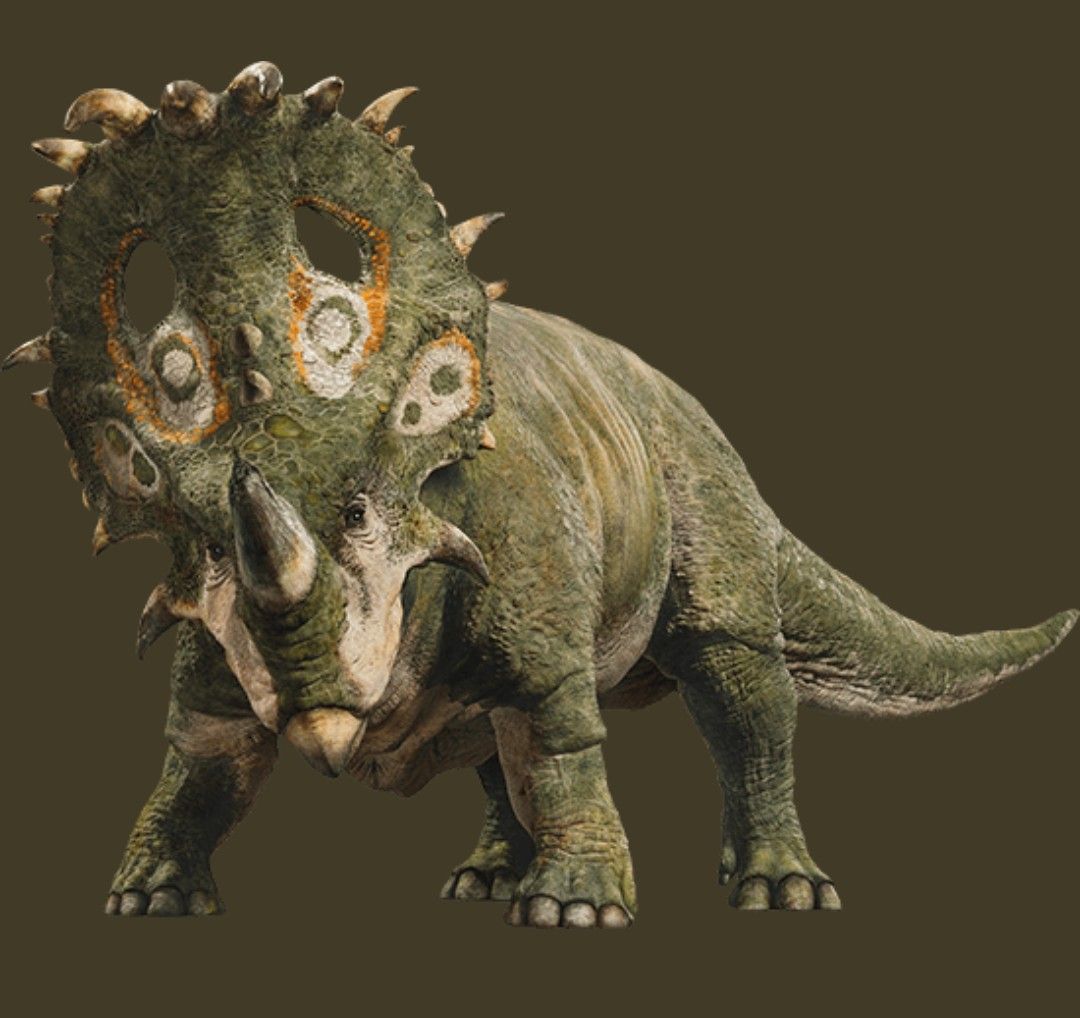 Some individuals were shown escaping the Lockwood Mansion.

A helicopter carried an individual to the ship carrying the Earth's last dinosaurs, and one was shown being taken away by a buyer at the auction. More likely escaped into the wild when they were released by Maisie. 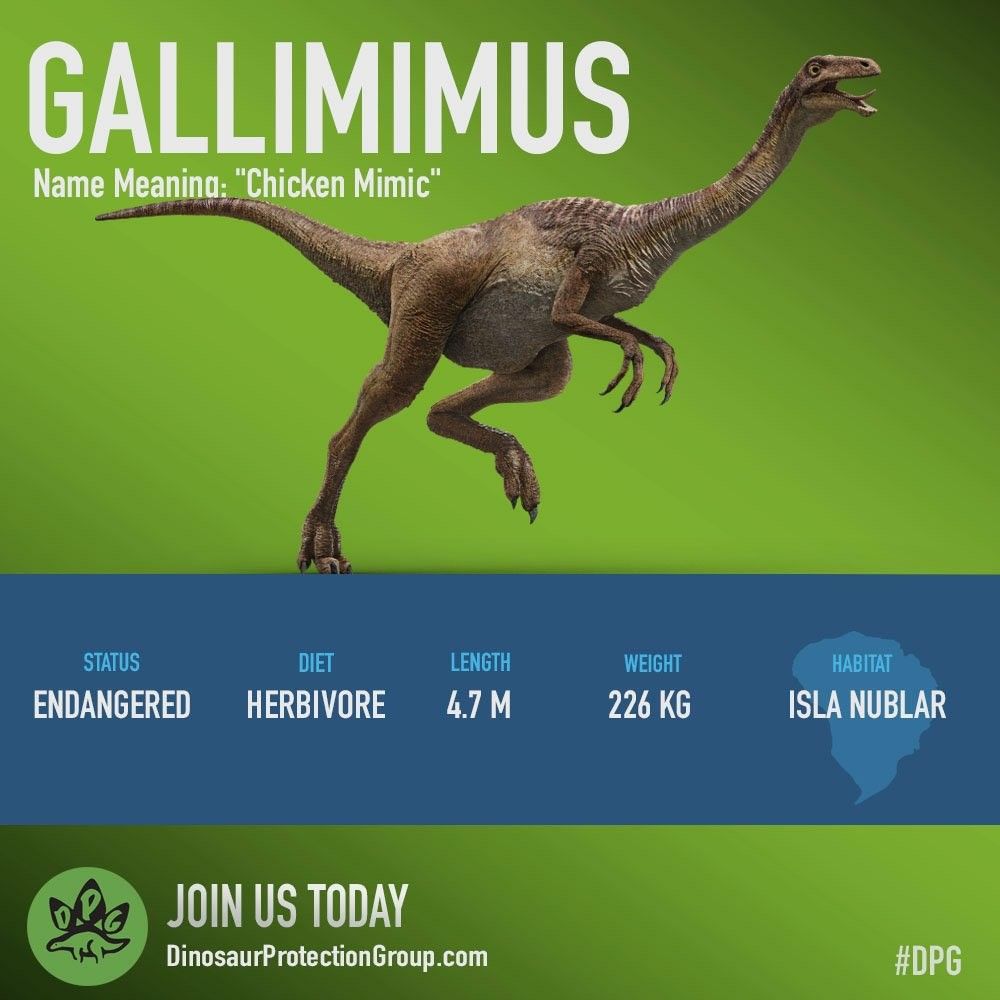 An individual was shown leaving the Lockwood Manor, although more likely survived. 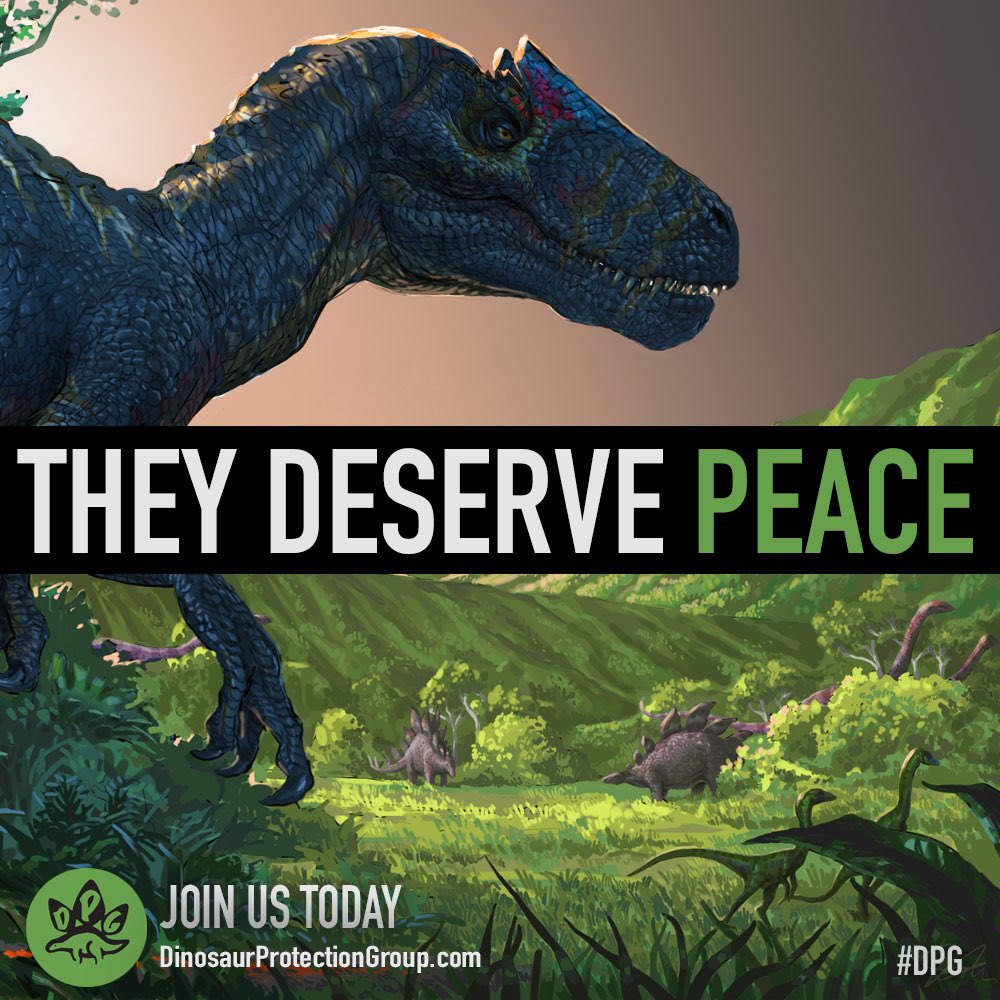 A juvenile was sold at the auction, and it was seen when Maisie opened the door. It was also shown escaping into the wild.

Like the Allosaurus and Baryonyx, an Ankylosaurus was sold at the auction. We later saw some escape.

The only footage I saw during both my viewings was when this hadrosaurid escaped the Lockwood Manor.

4 Responses to Every Creature That Survived Jurassic World: Fallen Kingdom

Forgot to mention the Mosasaurus:

^Maybe. I heard its cry shortly before Rexy appeared in the opening.