Today I am going to give my opinion on who would win this battle. First Some Stats 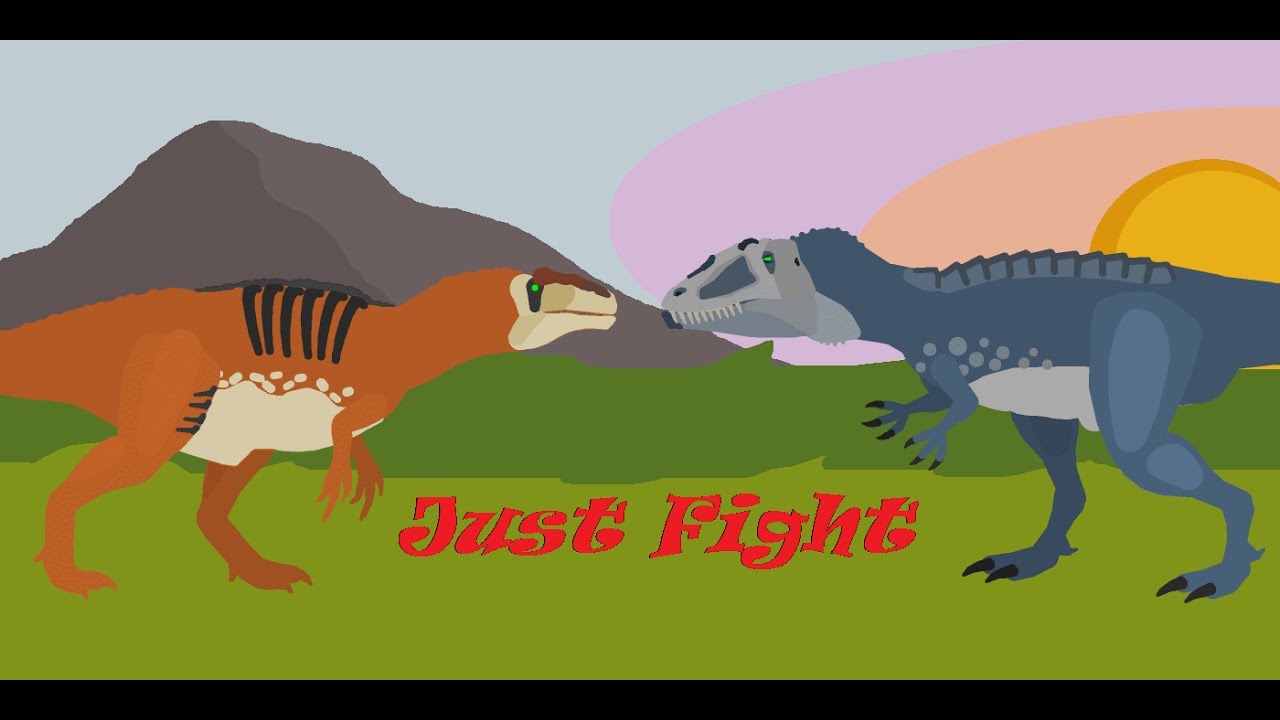 An Acrocanthosaurus Finds a Dead Sauroposeidon and Proceeds to Feed, After 30 Minutes into the Feast He decides to Go to sleep for the night. Acro Wakes up 2 Hours Later to Feel vibrations beneath him, He sees a shadow in the moon light and gets up to defend his Food, the shadow gets closer and the Dinosaur comes out, A Male Carcharodontosaurus is Attracted to the feast, Carchar Charges and Roars Loud, Acro is intimidated by the shear Size of Carchar, Acro Responds With his own Roar, but Carchar is still Moving Forward, Acro Charges Head On and Snaps its jaws at Carchar, Carchar Charges and Head Butts Acro in the head, Acro Growls and Moves to the side and bites Carchars Leg, Carchar Shakes it's leg and kicks Acros Chin, He Bites Acros Tail and Tosses Acro 10 feet, Acro gets up quickly though and Head Butts Carchars Chest and Bites Down, Carchar Roars in Pain, Carchars Pissed and Shakes Acro off Again, He Twists his body Forward and Bites Down On Acros Throat, Carchar Lets go and Sees Blodd running down Acros Neck, He Then Waits for the Acro to Bleed Out, 5 Minutes Later, Acro Collapses, Carchar Roars Victorious and Begins to Feed on the Giant Sauroposeidon, this Will Satisfy him for the Next 4 Days. Carchar Would've Had the Advantage in this Fight Due to being the More Evolved Carnivore, With better Senses, Eyesight and a Bigger Brain it would've Take many hits from Acrocanthosaurus to Beat It. But Who Do You Think Would Win A Fight?

1 Responses to Carcharodontosaurus vs Acrocanthosaurus

I also believe a Carc would win, just because it's so much bigger. Honestly, its sense and intelligence improvement wouldn't be that great, and wouldn't really make too much of a difference anyways, as I kinda explained with tigers losing to so many creatures in the Powerful Theropod discussion.